Drafts and fragments of musings and arguments. 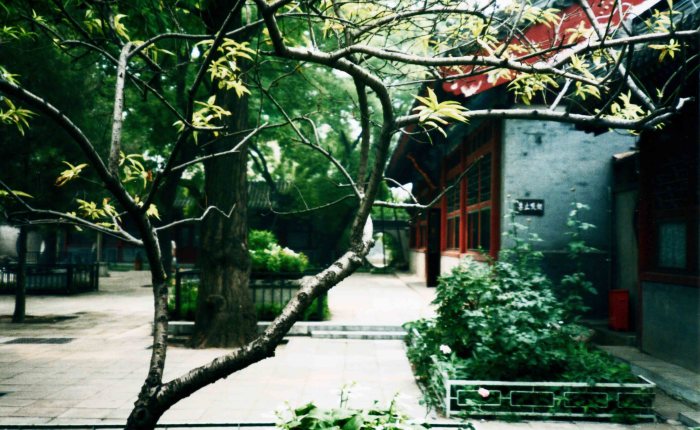 On their second day in the new house a couple of things happened that, while noteworthy at the time, took on a special significance in hindsight. The first was the trio of apple cores placed in the mailbox to ooze apple juice onto the circulars.

“Maybe a squirrel put them there,” Kaitlin said. Yvonne raised an eyebrow. “Maybe it was an accident,” she tried again. One apple core might–might–get swooped up in the mail and deposited accidentally, but three? “Maybe some kids put it there. Maybe they’ve been using that mailbox as a convenient trash can for a long time. They might not know anyone lives here now.”

Yvonne didn’t say anything but kept her skeptical eyebrow arched as she carried the apples and mail to the kitchen. The mail was all junk anyway. The apples had more juice in them than any apples she’d ever seen before, though to be fair she was never really fond of apples. She was about to toss the cores into the trash when Kaitlin chirped, “Compost!” Yvonne carried out them back to the compost tumbler. Along the way she wondered if she could compost the mail, too. It was just paper, after all, though probably mixed in with some deadly-toxic chemical that saved the printers a few pennies per pound.

END_OF_DOCUMENT_TOKEN_TO_BE_REPLACED

My favorite walk is still a loop I used to take in the evenings when I was young and insomniac. I’d start at Houston Street and follow Broadway up to Columbus Circle, then take Fifty-Ninth Street to Second Avenue and then back down to my apartment in the East Village.

This was back in the late nineties and early 2000s, when New York had become safe but was still a bit scruffy and sometimes smelly. My loop took me from the edge of SoHo, which was only beginning to transition from hip to faux-hip, and followed a succession of distinct districts that may as well have come from different planets: the wide-eyed college kids in Washington Square, the druggies and punks who still colonized Union Square, then the high-end antiques district that abruptly became the wholesale perfume district; a fleeting taste of office towers at Madison Square, then the ever-increasing commercial presence that seemed to culminate at Macy’s on Herald Square. It didn’t culminate there, of course, instead pushing through all barriers of possibility to explode into the surreal hypercommerce of Times Square–intoxicating or disgusting, depending on your point of view, though I think it can be both at the same time. Then things got calmer and classier on the way to Columbus Circle, which mattered to me back then because it was home to Colosseum Books. I’d walk on the south side of 59th Street to look in the shop and hotel windows, instead of on the Central Park side, which was still not a place to be alone in the dark. Through the skyscrapers of Midtown, then, to Second Avenue, which was still a decidedly Honeymooners sort of New York–immigrants shouting out the windows to relatives on the streets, unpretentious and sometimes unwelcoming bars serving food and drinks that were “good” but not actually good.

I don’t know how long it took. I didn’t have any sort of timepiece back then–I’m too neurotic to wear a watch and cell phones were considered a needless luxury.

END_OF_DOCUMENT_TOKEN_TO_BE_REPLACED

Daniel Carson woke in the night to a fireworks display dancing before his eyes followed by pitch blackness, and he knew that at that moment he had gone blind.

He shot up in bed and held his hand out in front of himself, and although he could feel his arm hovering in the still stale air he couldn’t see it.

His throat closed up in panic. The darkness wrapped around him, gripped him hard and squeezed as if to crush him. His heart beat a furious rhythm and his blood pushed against his veins. His skin crawled as if thousands of needles were forcing their way through him and tearing him apart.

He couldn’t breathe. His sightless eyes throbbed under an unplaceable pressure. Daniel leaped out of his bed. He tried to scream but couldn’t. His throat burned when he tried to breathe. Wherever he looked there was nothing but a void, hideous in its totality.

END_OF_DOCUMENT_TOKEN_TO_BE_REPLACED

I’m not a pack rat. It’s just that I think twice, or more, before throwing things out. I’ve been vindicated often enough that I stand by my method. Besides, my house isn’t messy, and even my junk drawers are fairly well-organized.

And I think I’m honest with myself about what might or might not be useful in the future. I threw out the apple corer when I was certain that using one would never be easier than just cutting the core out with a knife. But I kept both muddlers, because although it hasn’t happened yet I can imagine someday having a party where drinks get mixed in two different rooms, and won’t all my drunken guests be glad they have the luxury of crushing mint leaves no matter where they are?

END_OF_DOCUMENT_TOKEN_TO_BE_REPLACED

Just hours before Mary Margaret died, the rain that had battered the city for weeks stopped and the sun burned alone in a brilliant summer sky. The nurse took great care to describe the scene to me later. Mary Margaret had asked the nurse to bring her to the window. With the sun on her face, she closed her eyes and listened to the birds. She drew deep, contented breaths and tapped her fingers to a song only she could hear. The nurse went away and when she returned Mary Margaret was unresponsive. A short while after the doctor declared her dead the rains began again and hadn’t stopped since.